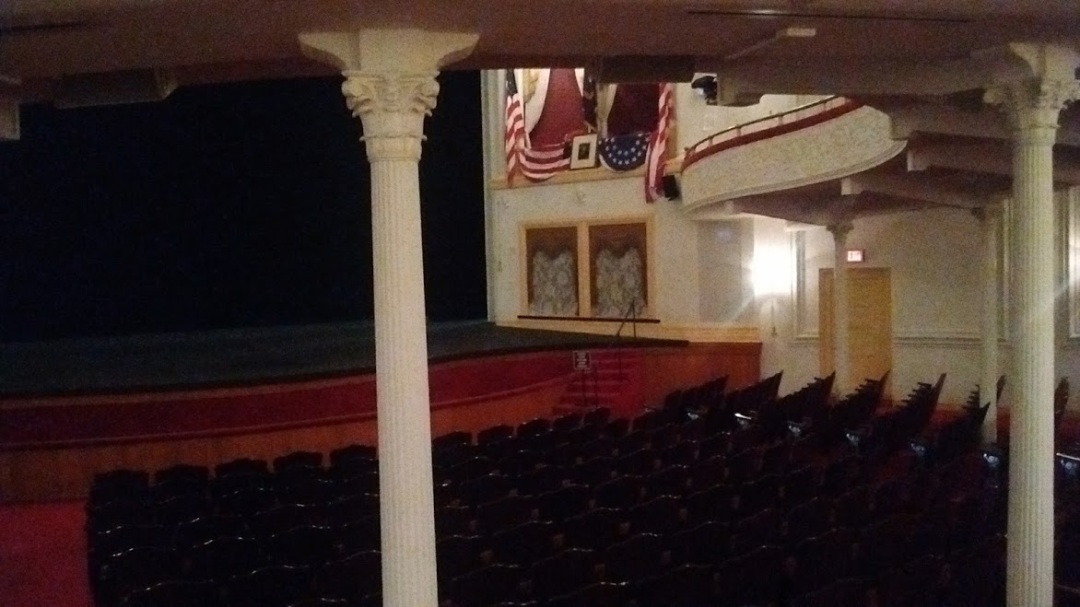 While in DC visiting with my sister, my nephew really really wanted to go to the International Spy Museum.  That sounded like fun and we all took the metro in and went.  I posted what we were doing  while eating burgers on the corner next to the spy museum and my intrepid friend posted “Hey you know you are right around the corner from Ford’s Theater?” NO FRIEND, I DID NOT.  Because I was trying not to be a freaky NPS Junkie.  So I super casually mentioned it to my sister, “Hey Tabi, did you know that the theater Lincoln was shot in, is around the corner? Apparently they have a tour and it’s free.” As if I didn’t know that there was a free tour and a badge, because that I DID KNOW.  I’m not really sure if she wanted to go or if she realized that my entirely too casual mention of it was really filled with burning desire.  Either way we walked around the block and there it was, an enormously long line.  My heart fell.  BUT WAIT, I’M GOING IN.  Turns out they let people in at the time of their tour so that entire line was headed in at 3pm which was 10 minutes from then.   We snatched up the Jr. Ranger books and off we went to the line.  Where I promptly told a young man in line behind us about the Junior Ranger Program, and his grandparents made him do it too.  YOU ARE SO WELCOME RANDOM 12 YEAR OLD, sorry if workbooks aren’t your thing.

We took the elevator down to the basement because I had the stroller. The Basement level has been set up with exhibits, there are a couple different movies, one on Fredrick

Douglass and Lincoln’s relationship and another on the Civil War.  It is nicely done for a small space. They have furnished it well and put some interesting things like a faux tree and building fronts, it breaks the space up to make it visually interesting.  There is a hallway of suspects with pictures and biographies of the conspirators.  It is rounded out by small gift shop in addition to the one on the main floor.  There is a lot of information in a small space which is hard to get through with small children. I spent quite awhile walking my kids through for the Ranger books, so I photographed them poorly.   But I did manage to get a picture of the gun that shot Lincoln. After about 30 minutes in this space they announce over the loudspeaker to make your way to the theater.

We made our way to the theater and sat down while the Ranger gave a talk.  I only heard the first 15 minutes because Lemon got angry and Wild Thing wanted to throw goldfish around the theater so we left.  Ranger said it was really interesting and he learned a lot, though he was also asking for ice cream when he told me this.  We made our way back down to the exhibits so Lemon could finish up her Jr. Ranger book.  It was nice to take a second pass because in the crowds I had missed things.  This was a complicated book for the younger set as any book focused on assassination would be, but has the distinction for earning me an excessive eyeroll because it mentioned Dry Tortugas which I REALLY WANT TO VISIT, so my kids had to put up with me talking about it.

The swearing in was cute and done in a booth that had a curtain across it so it was theater like.  You’ll see in the picture that my nephew and the poor child I suckered in are also being sworn in.   Admission tickets can also be used across the street for the Petersen house, where Lincoln was rushed and actually died.  We didn’t get to go there because my kids were already exhausted when we started and doing even one more thing would have caused catastrophic meltdown.

One delightful aspect was that my friends on Facebook all talked about their experiences there on my wall while I was visiting.  A friend mentioned you could see Lincoln’s bloody shirt, which I missed, so I am guessing it is in the Petersen House.  It was disappointing that I missed it, but I was excited that so many of my friends had visited. We are doing a Civil War unit in our homeschooling this year so this was a timely and interesting visit. Plus the kids always love sites with a badge AND a patch!