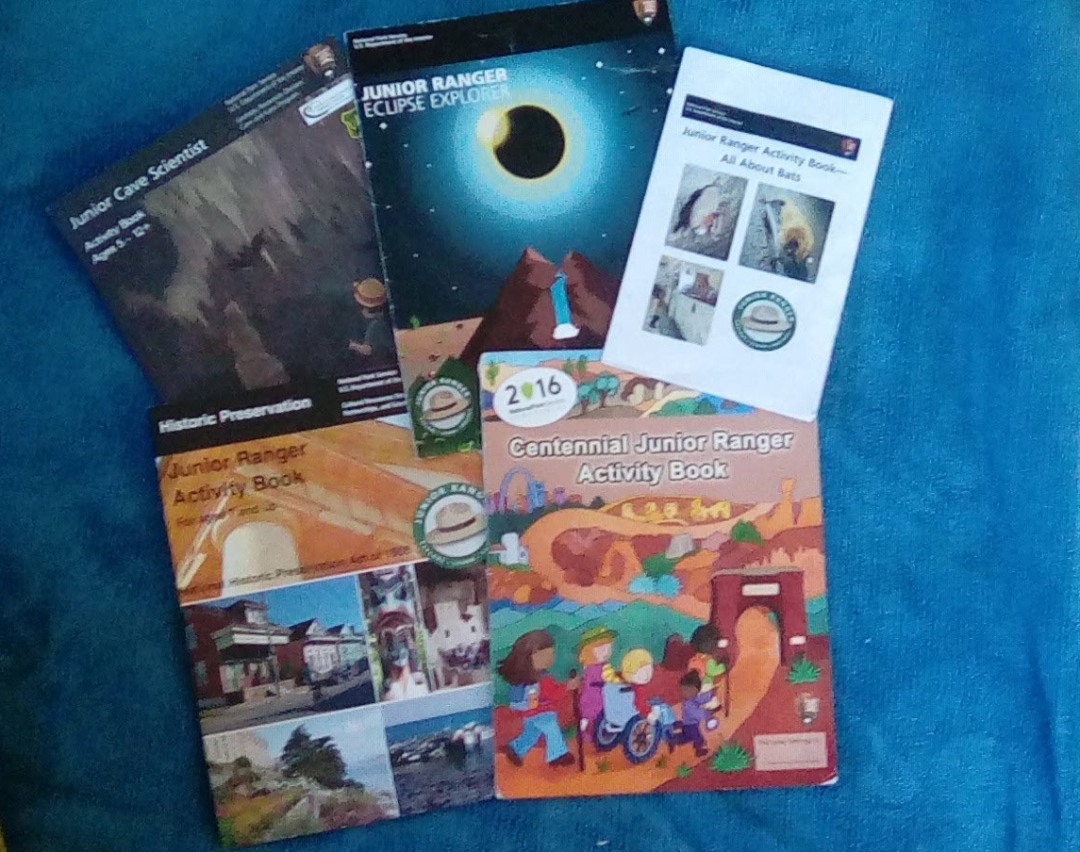 As a home schooling family we are always on the look out for opportunities and experiences.  To that end we participate in a secular home school group in our area.  It’s a neat setup, we rent an old catholic school building from the non-profit which currently owns it.  We meet once a week for classes in the Spring and the Fall for 10 weeks.  It’s neat because each kid gets a schedule and moves themselves from one class to the next, even the youngest!  Lots of different things are taught and it’s 100% volunteer.  Because my degrees are in English I often teach writing and composition, sometimes a lit course.  I also enjoy teaching craft classes related to history.  So one semester we did Roman crafts, and everything was Romanesque,  like mosaics, clay pots, togas, jewelry etc and I read myths out loud while the kids worked.   It’s a nice way to learn.   Ranger took dissection taught by a homeschooling physician, and we’ve had anthropologists, computer scientists, actors, artists, and so much more.  So it seemed like a natural fit to include my love of National Parks as a course.

I decided that I would review the available online booklets that did not require a park visit. You can find them all here, https://www.nps.gov/kids/jrRangers.cfm .  After reviewing some of the online books I realized that the beautiful full color booklets are hard to print in gray scale.  So I began emailing the parks.  Of course every Ranger I spoke with was amazing and they sent me plenty of books for my class!  Some even sent the badges so I wouldn’t have to return them.  Absolutely amazing, there is so much information in them. The benefit in doing these at home books is that all the information is inside the book, so you aren’t inhibited by not being able to tour the park.

Eclipse Explorer was the first book we got, and I received it by emailing through the NPS site.  It was complete with Eclipse glasses, and they arrived before the Eclipse so I

was able to distribute them to my students before our class even started.  This was great since most places were sold out of glasses in our area.  This book was great, my 6 year old completed it as well as my 8 year old and both managed to get through it.  The terminology helped and added depth to the Eclipse.  I learned a couple things that I didn’t know.

The Centennial Book took me all summer to collect.  Since it was printed for the 2016 centennial I asked at EVERY Park we visited and was rewarded with a book here and there.  My own children had already completed it so I needed one less because Ranger chose to take my class. The final booklets I received by mail from Johnstown Flood NM when I called them about another booklet. They had books but no badges, so they sent them out to me.  I love this book because it gives a great history of the park system and a broad overview, harder for my at the time 5 year old,  but my 7 year old made it through with no problems. We mailed these in and are still waiting for them to come back for my class, I hope they didn’t run out of badges!

Bats is a small paper booklet.  They sent me a color copy and I made black and white copies, but it was hard to see the cave pictures.  We managed to work through the entire thing in class.  Solid information on echolocation, white nose  and bats in general.  Short enough to work through with 15 kids in an hour.  Lots of reading, but at home Ranger 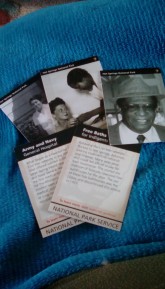 coached Lemon through it and she was able to complete it too.  We mailed this back and it was returned quickly!  Unfortunately there was no Bat badge, but they sent us the Hot Springs National Park badge, which is the park that created it.  They also sent us certificates and the Ranger was called Nolen, he left a post it note on my student Nolan’s certificate about sharing a name, which made him smile broadly!  Ranger Nolen also sent each child a set of the Hot Spring Civil War to Civil Rights trading cards which was a program designed for the 150th of Gettysburg.  Most places no longer have them so it was a coup for me, and I only have a few, my students laughed at my giddiness. This book also dovetailed nicely with the next book.

Junior Cave Scientist was incredibly popular with my students.  I received this book after emailing Carlsbad Caverns.  They also sent me the badges which saved on postage. I liked this book because there was the perfect balance between graphics and pictures.  The layout was really good, this is perfect for the 9-11 year olds. The information was detailed, covering cave formation, fossils, cave safety, bats and lots on the wildlife of caves which is fascinating. Since I saved on postage for this class I was able to buy kits for my students to grow crystals at home, which was fun (and messy!)

Historic Preservation is a great book, and printable because it is not a full color book.  This was one of the last books I collected and I called Johnstown Flood for it, because that is where my kids did it.  The books are so nice to have so I am glad I was able to get it.  This is a great book that follows the legislation regarding preservation and National parks and touches on many prominent figures who are important to the cause.  Lots on Roosevelt and Mesa Verde, but plenty on lower profile figures like Sequoyh, G. Carter Woodson, and Lady Bird Johnson.  This is well done for all ages, the activities are simple enough that they can be answered with a single word, but you can expect your older children to write nice paragraphs. We were also able to almost completely finish this book in our hour of class time.  This book also features a nice page of instructions for completing the Web Ranger program online, which is another great resource for those home school days where you need more depth in a unit OR need to plunk them in front of a screen for everyone’s sanity! 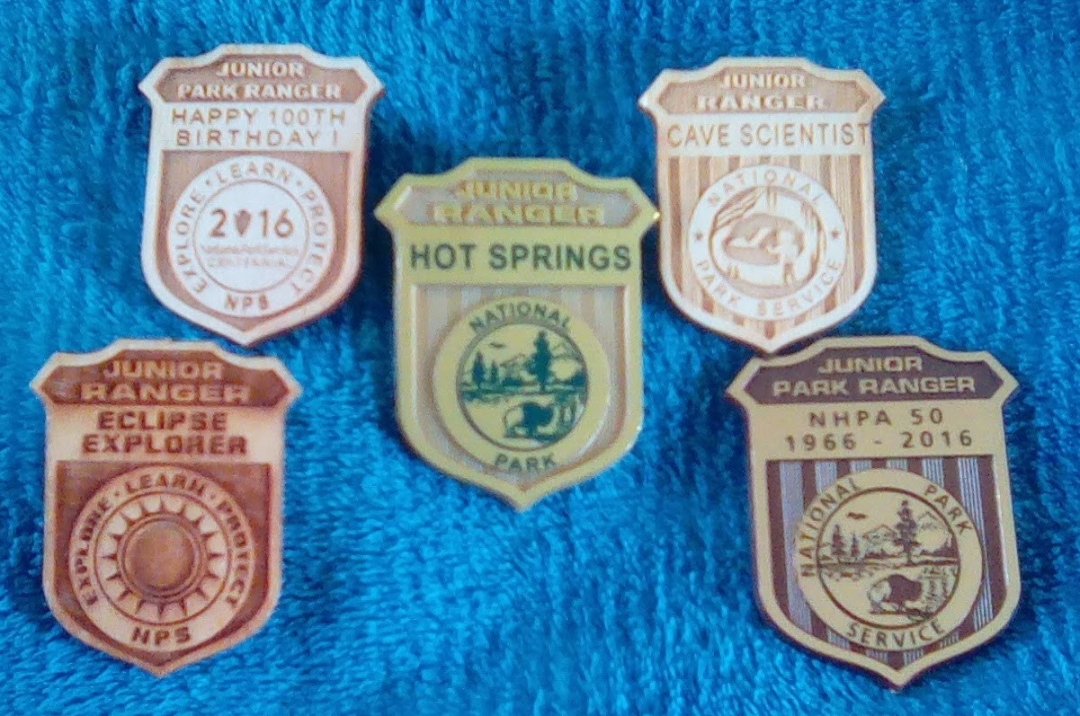