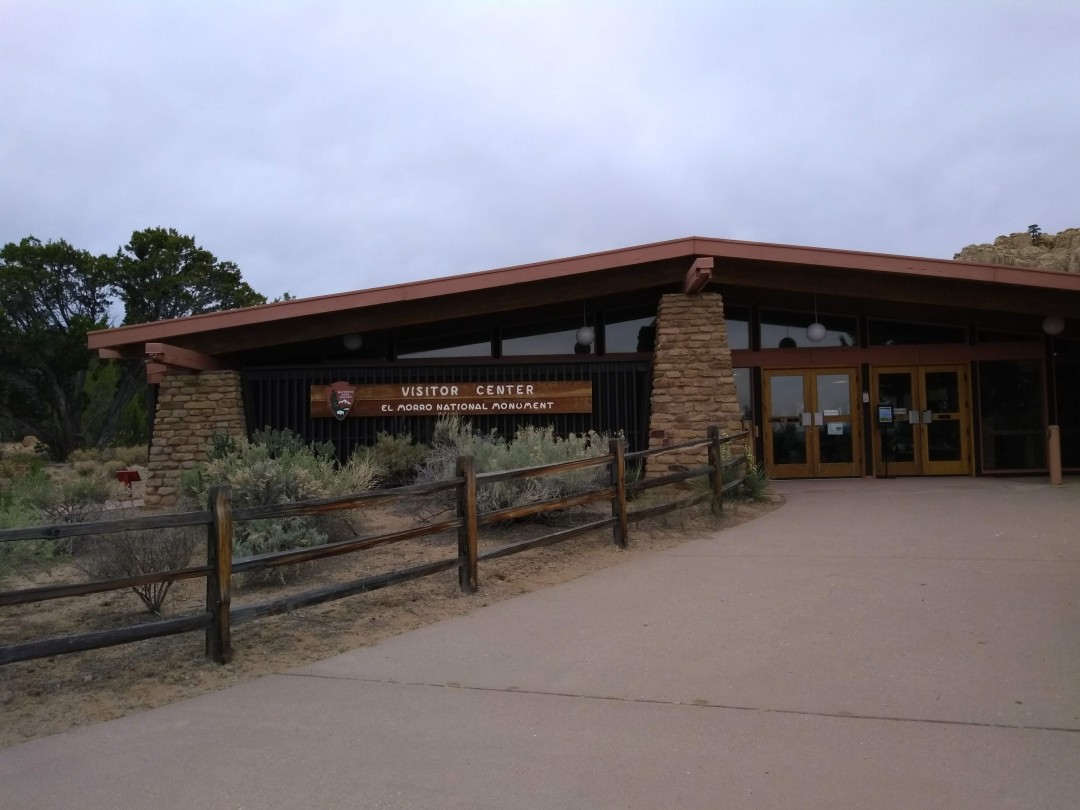 As retail establishments climb their way into the black I am also rejuvenating my time budget and getting back on track with blogging!  There is not a better way to do it than with El Morro National Monument. As we wrapped up our visit to Albuquerque, Lemon moaned forlornly that “I DIDN’T EVEN GET TO SEE MY PARK.” Puzzled I asked her “Which park is that?” Slyly she looked at me and said “The Grand Canyon.”  We had been planning to head up to Mesa Verde via the Aztec ruins but Lemon has top notch maneuvering skills.  Thankfully, I had hotel points which is the only way one can make an unscheduled hotel stay, on Memorial day weekend, anywhere near the Grand Canyon.  Because of this our route changed and we decided to stop at El Morro, because we didn’t want to stop quite as long as it would take to hike El Malpais and the ice caves.

El Morro is a huge sandstone bluff that rises up with a hidden spring below.  It has been a waystation for travelers for generations.  There are over 2000 petroglyphs, signatures, and carvings from passing travelers carved into the walls. On the very top are pithouse ruins that date to 1000 C.E as well as the remains of the Atsinna Pueblo that dates to 1275 C.E.  The impressiveness of of the bluff is only outshone by the beauty of the spring, which must have thrilled so many desert travelers.  Logistically, this is a fantastic stop for families.  There are two routes to hike, one is lengthy and takes you around the entire base and up carved stairs to the pueblo ruins, the other is a half mile loop that takes you through the unique plant life of the high desert and past the best of of the carvings.  Because we were limited on time and had a 3 year old we decided to take the half mile loop.  There is a brief movie and a timeline in the visitors center but the children were impatient, so we grabbed our junior ranger books and headed out. 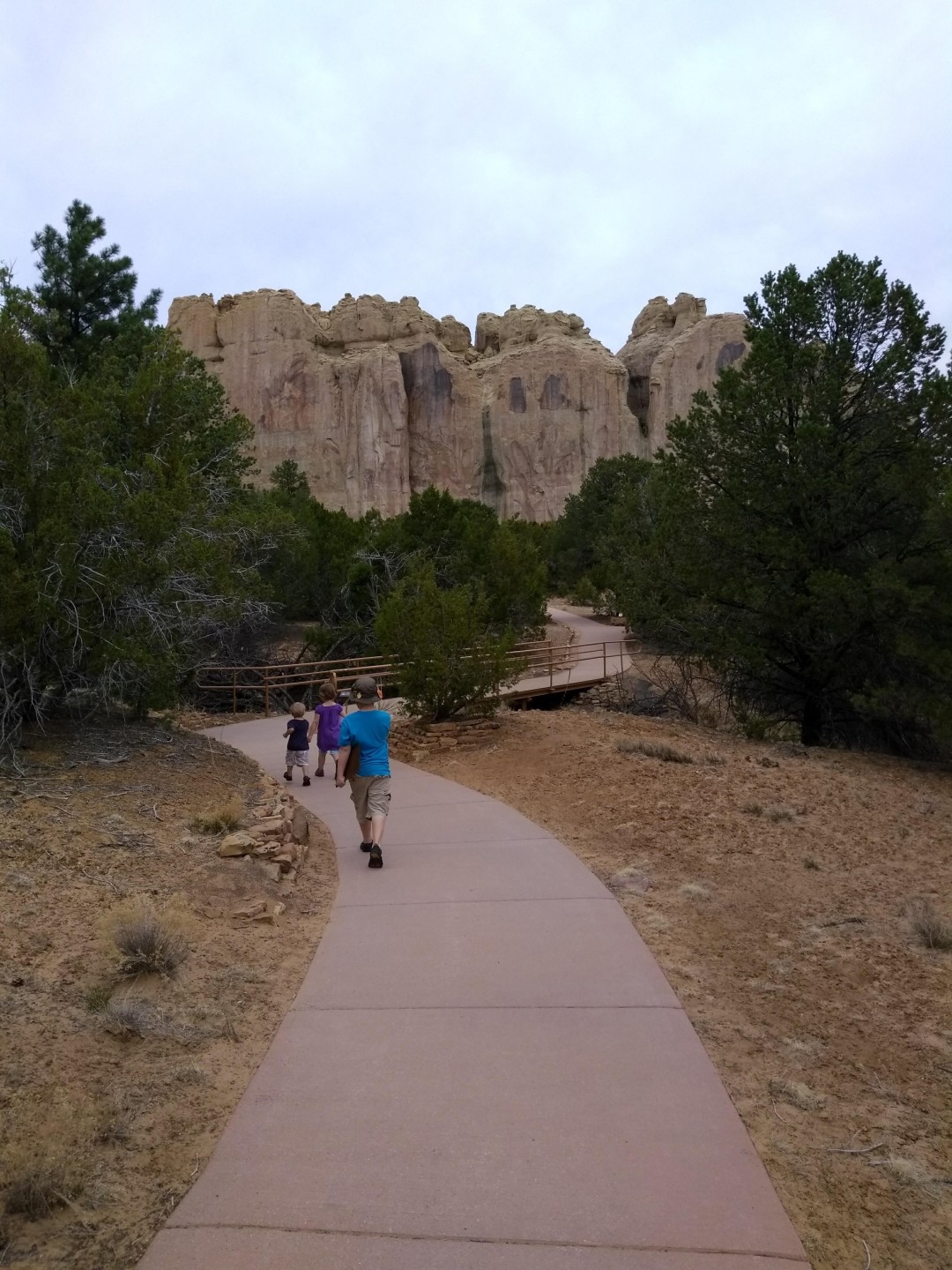 I am always struck by desert parks, because I think about exploration and it seems so profound how easily you could die if you missed a fork, or veered left 200 ft. El Morro is visible enough that if you knew of it, it would be hard to miss.  Which is why it became a stopping place for thousands of years, and an integral part of westward expansion right up until the railroad came through, which relegated the whole area to the history books.  The wall are filled with Petroglyphs and signatures, some more imporant than others, and many of them photograph poorly!  The one that struck me the most was Juan De Onate, who is an integral part of New Mexico History and responsible for some of the greatest atrocities against indigenous people.  In the visitor’s center they guidebooks that have biographical notes on some of the signatures which are pretty interesting. My favorite was the traveler who managed script in the rock face! 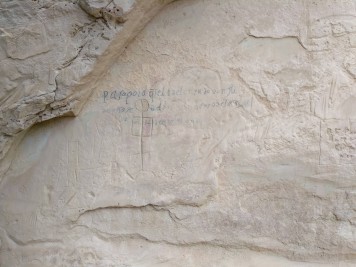 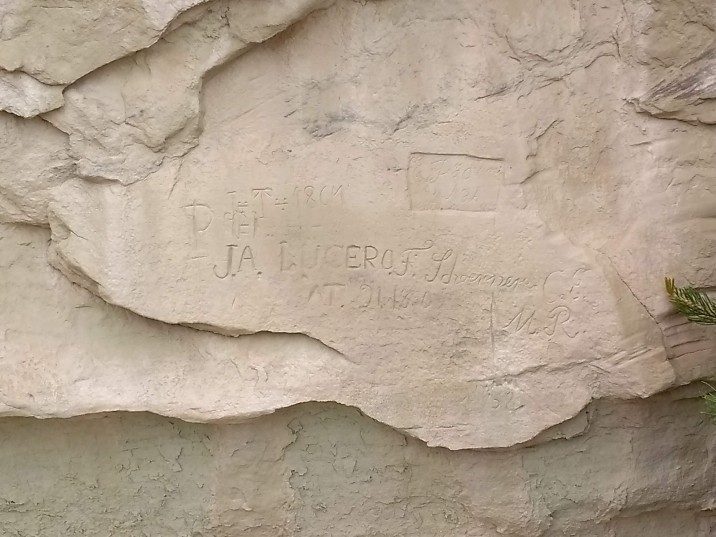 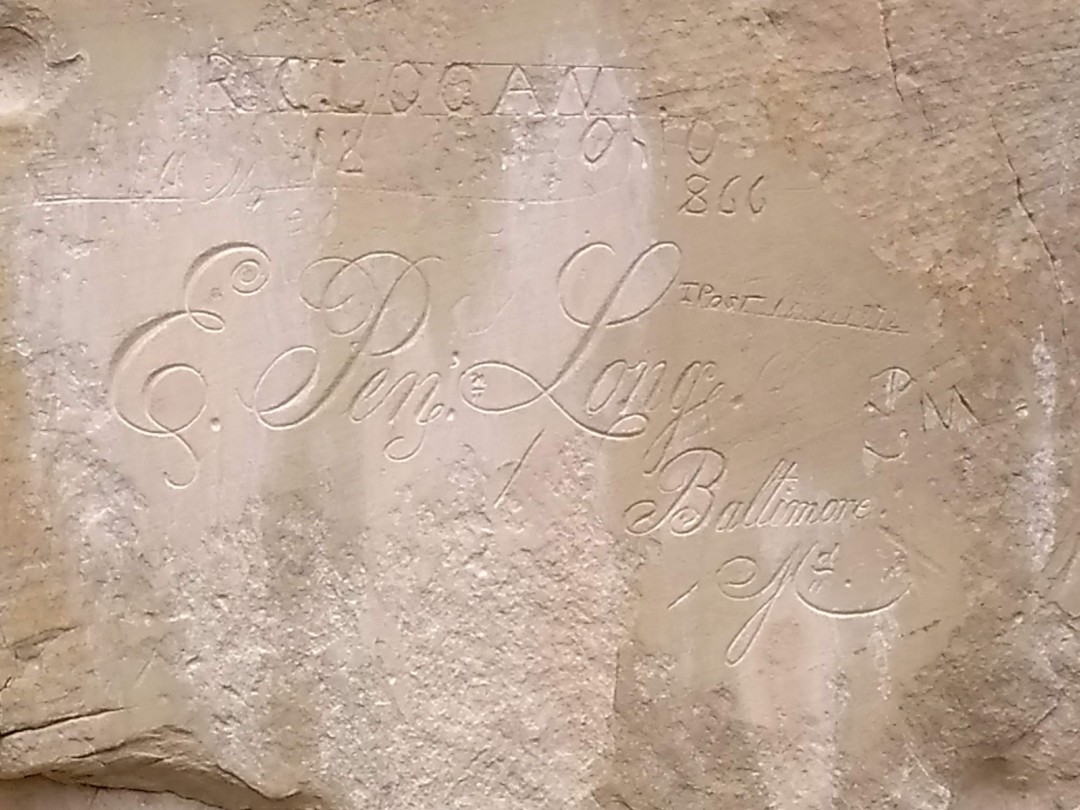 The oasis is beautiful and you can smell it as you come around the bend.  The smell of water was so strong before you could see it  and there was so much bird activity that I started to get  confused.  But when we took the last curve, it was readily apparent and came into view. It was beautiful and clean, and filled with cattails.  I can’t imagine how welcome a site that would have been to foot travelers.

This was a perfect length stop.  I actually wished that we were driving further  because this was so pleasant.  I would have liked to picnic here and taken the long hike to the top. But we were only headed to Flagstaff for the night and I was set on seeing the Petrified forest  at lunch time so we had to skedaddle after the short hike and a bathroom break.  Definitely worth stopping at more than once though!