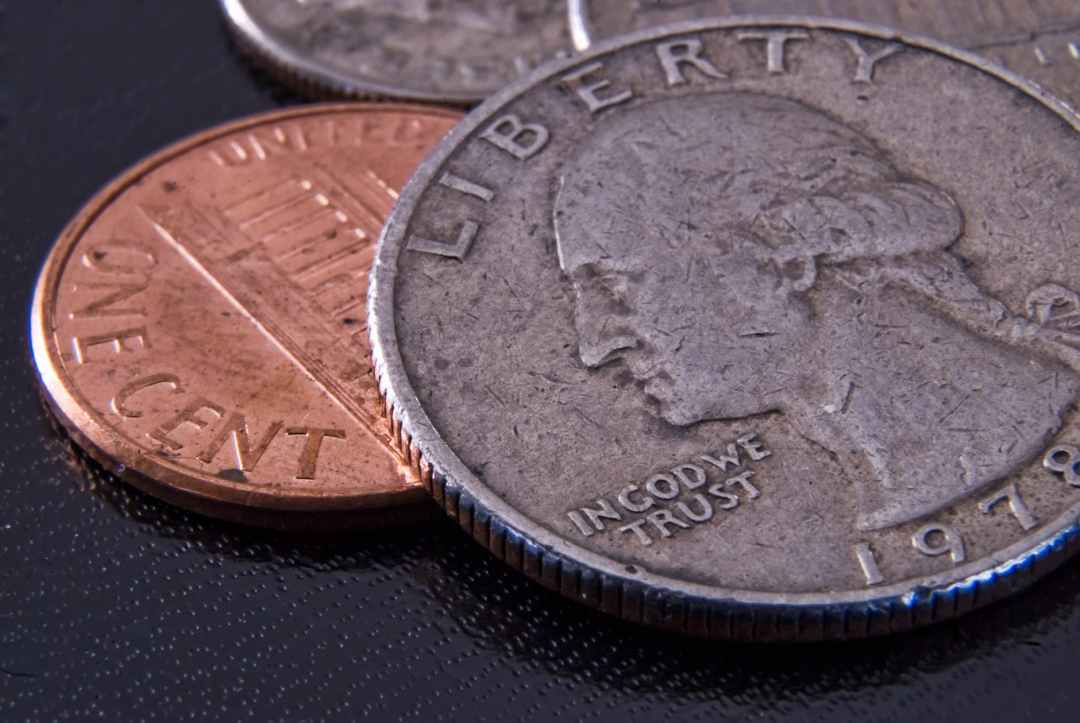 Parks in your Pocket

When I was in High-school, I remember the State Quarters being released and thinking it was silly.  My friends and I all laughed at people that collected them, probably because we were jerky know-it-all teens, AND we because lived in New Mexico. Since they were released in order of statehood it wasn’t like we were going to see our state anytime soon. Sigh.  We couldn’t even imagine “2008” in 1997.  When the quarter was finally released I was living in Pittsburgh and it was a cursory double take when I saw a Zia symbol in my pocket change, but it DID warm my homesick heart.  So when my children received this embossed green folder as a holiday gift, I greeted it with enormous delight and adult maturity!

On the heels of the stunning success of state quarters there are now NATIONAL PARK QUARTERS!  One for each state, and the territories.  Each of my kids was gifted a folder and two tubes of quarters that contained the “released to date” quarters, as a bonus all the state quarters and that folder was included too. It might not have the “WOW”effect you are looking for on  days of gluttonous presenting, but 2 days later it was fantastic.  AND it is something they now check their pocket change for regularly.  Neither Ranger or Lemon would let me put theirs together, but I didn’t ask Wild Thing and just did his while he napped one day.  You will need a mallet or a ball-peen hammer, and a thick piece of cardboard to protect it each quarter as you pound it into the cardboard folder. Also be sure to put the right quarter in, I accidentally put a state quarter in one and it was harder to get the right quarter to stick. It is a little tedious to put so many in at once, but it is a lot of fun to check the quarters out as we go, and talk about whether we’d been their or not, and where on our list each new park would be in priority. 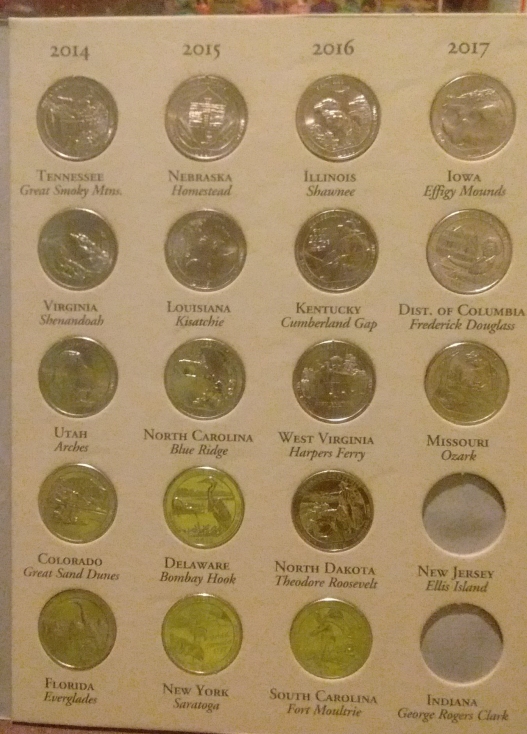 There is also this delightful little write up about parks on the first flap of the tri-fold quarter folder.  It is a pretty thin, sturdy cardboard that folds up nicely so it is easy to store and ranks right up their with souvenir smashed pennies for an economical, tactile educational

experience.  For home schooling this makes an excellent segue to Financial units, many of which have free resources offered by various government agencies, you can find a list of resources  available at : https://www.treasury.gov/resource-center/financial-education/Documents/OFE-CFAP-Resources.pdf .  We received an educational packet from the Federal Reserve at one point that included Fed Shreds, shredded real U.S. currency,  which were a big hit with my kids. Currency seems to enhance everything, Lemon went to a camp once and they did Passport study and during the Egypt day their guest brought them real currency.  She was over the moon.  We ordered her a sack of foreign coins on Amazon which delighted her, and we started using it as the base for her World Geography units.

In case you are wondering if how my holiday gifting went, I received MANY National Park themed gifts, and I gave quite a few as well.  I am reminded of when my sister got married and her very quiet husband had stated that he liked frogs.  Four years later he stated very definitively “PLEASE DO NOT BUY ME MORE FROG THEMED THINGS!”  I am looking forward to reaching that point but for now I’m still really enjoying my themed swag!

One thought on “Parks in your Pocket”